Main Street Emmerdale is the main road which runs through Emmerdale Village. The street was first seen on screen in January 1976 when preperations were being made for the move of premises of The Woolpack. Since then, the whole street and its residents and other services have featured in the series.

Amos Brearly at the back of Main Street in 1977. 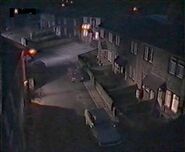 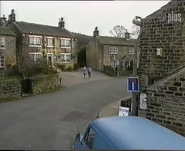 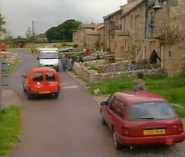 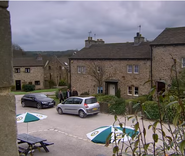 Main Street in 2018.
Community content is available under CC-BY-SA unless otherwise noted.
Advertisement