Emmerdale Past & Present Wiki
Register
Don't have an account?
Sign In
Advertisement
in: Emmerdale characters., Past characters., Characters first seen in 2014.,
and 14 more

Lawrence Alexander Hugo White was a character in Emmerdale who first appeared in Episode 6986 (30th September 2014) and last appeared in Episode 8041 (11th January 2018). He was the former boyfriend of Harold Birch, the late husband of Edna Birch. He bought Home Farm in Emmerdale Village in 2014. Lawrence had a tendency to offer money to people who have been conned by his family. Also Lawrence was not the sort of man to be messed with, and sometimes uses underhand tactics to fend off an enemy. In 2015, he married Bernice Blackstock. In 2016, his world came crumbling down when it was revealed he had a gay relationship with Ronnie Hale. The character was axed in April 2017 and died in a car crash in 2018. Lawrence was played by John Bowe.

Lawrence Alexander Hugo White was born on the 23rd May 1943 in Beckindale. He had a brother Henry White. Lawrence knew the Verney family who owned Home Farm when he was a child. He was once chased away by the gamekeeper for stealing fish on the estate. In his late teens in about 1962 he was good friends with Harold Birch and soon established a relationship. Harold's wife Edna Birch reported Lawrence to the police and he was sent to prison as homosexuality was a crime in those days. Lawrence was by then out of his teens so was aged 21 when arrested in 1964. Lawrence was tortured in prison for being gay, and even was given electric shock treatment to try and change him. When he was later released, Lawrence and Harold then pretended that Lawrence had died to Edna. In 1967 the law against homosexuality was repealed. Back in Civvy Street, Lawrence then set up an agricultural business called Lawrence White Farming Machinery.

Lawrence later married Ellen. Although Lawrence met Ronnie Hale through work in the mid 1970s and they had a relationship.

A baby girl, Chrissie White was born in 1980 but as Lawrence was not intimate with his wife, he allowed her to be so with other men and when Ellen was pregnant, Lawrence ageed to bring Chrissie up as his own. Chrissie's real father was John Richards. John later fled to America but when Chrissie was 1 year old in 1981, John returned and he loved Ellen and wanted to take her and baby Chrissie away from Lawrence. So Lawrence framed John for fraud. Upon his release, John was alienated by his friends and could not get a job due to his conviction. At the end of his tether, John gassed himself. Another child, Rebecca White, was born after Chrissie, and who was Lawrence's daughter. Ellen White died in 2011.

In September 2014, Sandy Thomas did some research into Lawrence and found a Lawrence White who ran an agricultural business a few miles away. Lawrence was believed to have died 50 years ago. Sandy, Paddy Kirk and Aaron Livesy visited Lawrence and when they asked the receptionist to see him, Lawrence overheard them mentioning Harold Birch.

In October 2014, Lawrence bought Home Farm. He is very disapproving of his future son in law Robert Sugden. Lawrence mentioned how he knew the Verney family as a boy. One time Lawrence enlisted the help of Ross Barton to get back at someone.

In July 2015, Lawrence went on a blind date with Bernice Blackstock. They dated and later married, much to Chrissie's chagrin. Chrissie knew Bernice was after Lawrence's money. As Lawrence is not that great in the um, bedroom department, he has allowed Bernice to be intimate with other men. He said this to Chrissie and said it was the same with her and Rebecca's late mum, and Chrissie worried that Lawrence may not even be her real dad.

Chrissie saw a letter dated 1980, the year she was born, from a Ronnie Hale. It was later revealed that Ronnie and Lawrence were in a gay affair. Larwrence could not handle the fact and said he was bisexual, the only way to describe his sexuality. His marriage to Bernice broke up, due to his denial. This made him on the edge of a nervous breakdown. Lachlan and Chrissie turned against him. This lead to Lachlan holding him hostage and during a scuffle, Lawrence was shot.

After his discharge from hospital, Lawrence made amends. His daughter Rebecca turned up and she did a DNA test and proved she was Lawrence's daughter. In December 2016, Lawrence allowed Ronnie to stay at Home Farm. There has been some friction between Lawrence and Ronnie since, as Chrissie is trying to come between them.

In June 2017, Lawrence contacted a local radio station in Hotten to give his choice of songs. However he was not to know that announcing his name on local radio would be his undoing as his past would come back to haunt him. Tim Richards, the brother of Chrissie's real father John Richards said "Lawrence White killed my brother".

Lawrence tried to pay Tim off but Tim refused so Lawrence had him beaten up. Tim would not back down and in the end, Lawrence had to explain the truth to Chrissie. He had framed John for fraud to stop him taking her away as a baby as he wanted custody of her. The very same day, Ronnie Hale decided he had enough of Lawrence lying to him so their retirement to St Ives, Cornwall was called off and Ronnie left the village alone. Lawrence then suffered a stroke due to all the stress.

In late 2017, Lawrence decided to emigrate to Australia with the family. He sold Home Farm to Joseph Tate. In January 2018, the family were ready to emigrate but crazy Lachlan wanted to kill them all and himself in a suicide pact. Lachlan survived but Lawrence and Chrissie died and Rebecca was left in a critical condition. Lawrence was just months away from his 75th birthday.

According to other sources, either Lawrence or his wife Ellen has a brother called Henry. Chrissie or Rebecca mentioned an uncle Henry but how he was related to them was not confirmed. 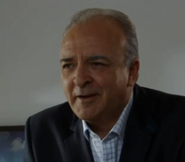 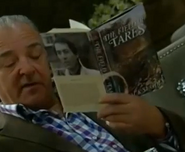 Lawrence reads a copy of Jack Sugden's book, The Field Of Tares. 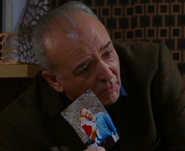 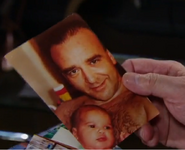 Lawrence in 1980 with baby Chrissie. 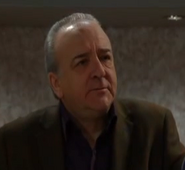 Another shot of his blood samples showing more of the letter. Notice the spelling error with Hotten? 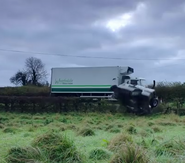 Lawrence dies in a car crash in 2018, caused by deranged grandson Lachlan.
Community content is available under CC-BY-SA unless otherwise noted.
Advertisement