Emmerdale Past & Present Wiki
Register
Don't have an account?
Sign In
Advertisement
in: Emmerdale characters., Current characters., Characters first seen in 2000.,
and 13 more

Cain Zachariah Dingle is a character in Emmerdale. He first appeared in Episode 2674 (30th March 2000) at Butch Dingle's funeral. Cain is the local hardman and has bullied and beaten his way through life during his time in Emmerdale. He is occasionally said to be the Phil Mitchell of Emmerdale, as like the EastEnders character, Cain is a one man crimewave. From woman beating to arson, Cain has done it all, however he seems to be a magnet for the ladies. Cain's softer side has emerged at times such as befriending Ryan Lamb and his love for Debbie and his grandchildren. He has become one the the shows most popular characters of today. 18 years since his first arrival, Cain's hair is greyer and he has even become softer, but still eye candy for the ladies. Cain is married to Moira Barton.

He is played by actor Jeff Hordley.

Cain Dingle was born on the 30th November 1974 in Leeds, West Yorkshire after his married mother Faith, who was married to Shadrach Dingle, had a one night stand with Shadrach's brother Zak Dingle on the 14th February 1974. Faith and Shadrach married when she was pregnant with Cain. Shadrach bought Cain up thinking he was his natural son, unaware that he was Cain's uncle all along. Shadrach used to beat Cain up when he was a child and often left him badly bruised. Cain used to tell his "Uncle" Zak and other relatives that it was due to fights in the playground when they asked. Cain grew up on a council estate in Leeds.

In early 1989, 14 year old Cain had a fling with his own second cousin Charity and they had a daughter Debbie in October 1989 who was given up for fostering. Cain's father Zak and Charity's father Obadiah were first cousins.

Cain used to go to school with his half-sister Chas and Gordon Livesy who got Chas pregnant with his child when she was 14. Cain left school in 1991 and for years he lazed around on the dole and caused trouble.

In March 2000, 25 year old Cain heard of his cousin Butch Dingle's death in a bus crash in the village and decided to attend his funeral.

Cain Dingle was first seen at the funeral of his cousin Butch Dingle in Emmerdale Village on the 30th March 2000. Cain blamed Chris Tate for the death as one of his lorries was faulty and it crashed into the bus that Butch was on. Cain wanted justice for his cousin Butch. In early May 2000, Cain even smashed up the Tate Haulage trucks and Kathy Glover was angry at him. He accused her of harrassment. Cain's cousin Charity was being harassed by a former client of hers for £500. Eric Pollard saved her bacon and had to explain this to Cain when Cain got the wrong idea after Charity walked off crying.

Cain made advances on Ollie Reynolds as a revenge tactic for thinking Angie Reynolds was also responisibe for Butch's death. He then has sex with Ollie, pushes her grandad Len Reynolds down some stairs and caused Angie to lose her job. Cain and Angie planned to rob a Tate Haulage truck and escape together but Angie set Cain up, wanting him out of her life, but she sustained fatal injuries in a car crash instead. Cain begged her to tell him that she loved him, but she told him how much she loves her children.

Cain found that his cousin Charity was seeing Chris Tate so Cain broke into and attacked them. Later on Paddy Kirk and Emily Kirk fostered young Debbie Jones, who befriended the Dingles and Debbie showed Cain a picture of her biological mother and thanks to Sam, Cain realiseed that Charity is Debbie's birth mother and he is Debbie's father. Cain blackmailed Charity, threatening to tell Chris. Charity told Chris and she spend time with Cain and Debbie as a family. This lead to Cain and Charity rekindling their affair but Chris caught them and discovering he has an inoperable and fatal brain tumor, got revenge by framing Charity for his murder. Cain and Debbie left the village but return so Cain can clear his name and confess his love for Charity but she finally dumped him on realising that she can't live with him, while on bail due to her pregnancy. After Charity's conviction for murder is quashed, she moved on to.

In December 2011, Cain was attacked when someone who wreaked revenge on him for his villainous ways and he ends up fighting for his life. Despite several suspects, a few month's later, his attacker revealed as his father, Zak.

In 4th February 2016, Cain learns from Chas, her ex-husband and Aaron's father Gordon Livesy sexually abused Aaron when he was a child. The next day, Cain attempted to kills Gordon for what he did to Aaron but Aaron and Chas stop him before thing took serious. Cain support Aaron as Aaron goes through his ordeal and Aaron got justice as Gordon was found guilty of raping him.

Cain yet again used the kidnapping tactic to frighten off a lover of a relative he disapproves of. He thought Rakesh Kotecha was seeing Belle so Cain kidnapped him but apologised. Rakesh was going to go to the police but Cain showed his true colours. Rakesh had thought the kidnapper was Pierce Harris and Cain overheard Rakesh speaking about Kirin killing Tess Harris by accident and going on the run. The real man Belle was dating was Dr Bailey.

In 2017, Cain started dating vicar Harriet Finch. he even practised his vicar skills when the bishop came calling after a complaint from a villager, Debbie Dingle, Cain's own daughter.

Cain Dingle, probably one of the most prolific hardmen ever to grace Emmerdale Village. He has done it all, from serious beatings to car-jacking and arson, from throwing old men down stairwells to fraud as well as stealing other men's girlfriends and wives. Although Cain has shown his softer side on occasions, such as when he took the blame for Sam helping his terminally ill wife Alice to die. Also Cain has shown his vulnerable side on occasions such as his hurt at not watching Debbie grow up. His criminal ways seem to stem from being abused by his uncle Shadrach Dingle as a child. Cain used to lay in bed at night waiting for Shadrach to come home drunk and beat him and Chas up. Cain soon left home and fended for himself. Cain is very loyal to his daughter Debbie and his grandchildren as well as his siblings.

Cain is often compared to the EastEnders one man crimewave character Phil Mitchell.

"Hi Uncle Zak" First line, to Zak Dingle, unaware Zak was his father rather than uncle.

"Watch yer mouth" to anyone who argues with him.

"He was lovely if you didn't live with him". Talking about his abusive "father" Shadrach Dingle. (His uncle).

"Do one". Another phrase Cain says to people who annoy him. Well it is either do one or or get your legs broken. 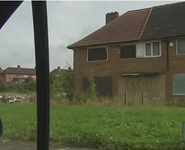 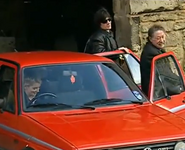 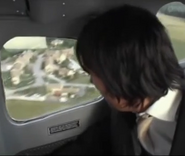 Cain returns to Emmerdale in 2009. 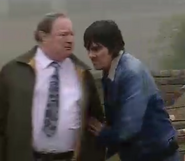